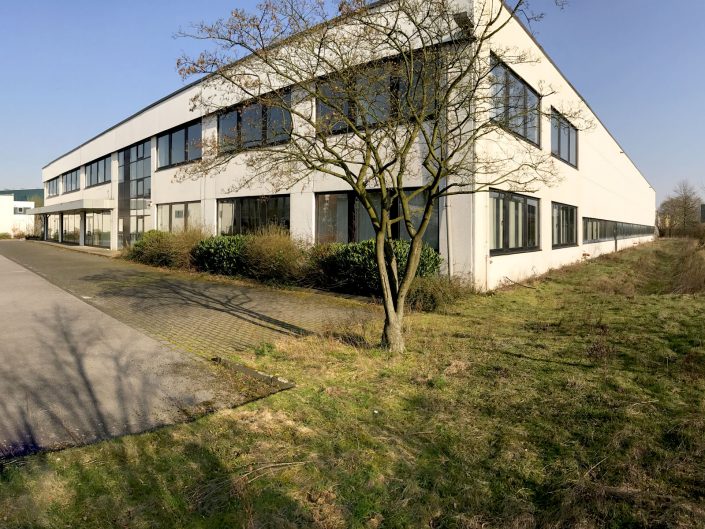 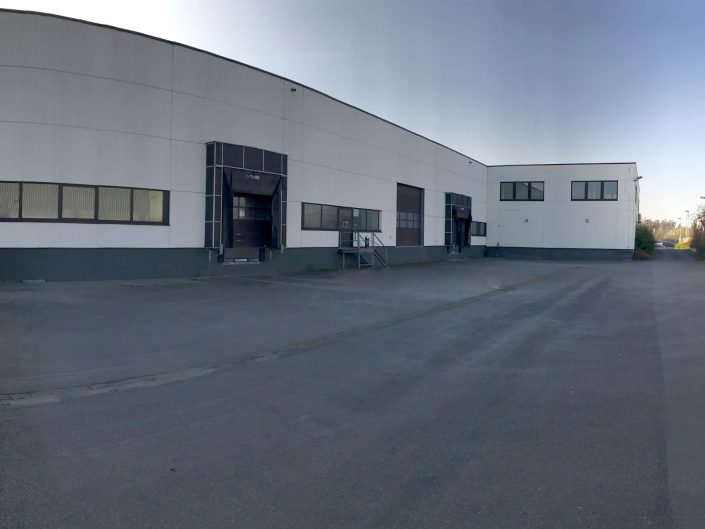 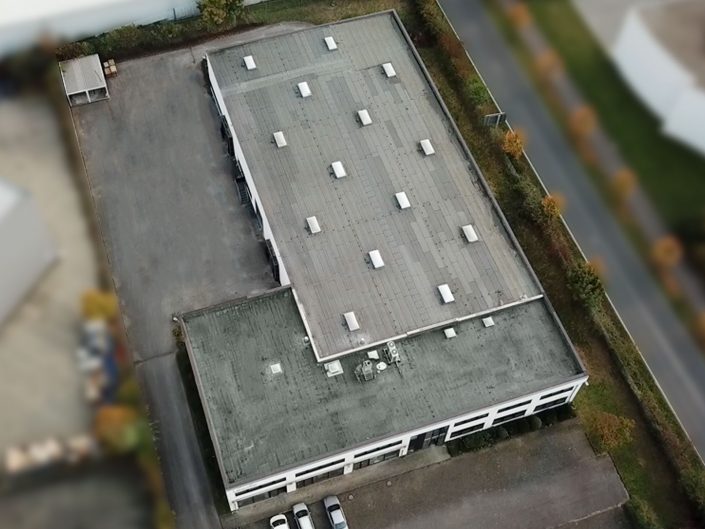 In the well-known industrial area “Taubental” in Neuss, a plot of land with 6,669m² including a building with office space of 1,630m² will be available from December 4th, 2017. While the parts of the business at the previous location were still spatially separated from each other, the new location now offers much more space. After years of spatial separation, the company can move closer together again with its parts of the company in the interests of faster, smoother work processes.

The new building offers a directly connected storage and production hall with areas of approx. 1,600m² for the warehouse and a production area of ​​approx. 550m². If necessary, there is always the possibility of expanding these areas.

The layout of the building, which houses the sales, service, development, production and general administration departments, is largely open plan. In addition to concentrated work, the clear Architectural language and the modern geometric simplicity promote an open culture of communication between employees and be a central component of success for the future.

In line with the company philosophy, the company’s headquarters were remodeled using the latest building technology. Whether the most modern air conditioning and heating technology, the use of highly thermally insulating windows, or the interior concept specially adapted to the needs, in cooperation with the employees, contemporary, energy and resource-saving solutions have been developed and implemented in all areas.

The company has been based in Neuss since 1976. With the choice of the location for the new building, FiSCHER Akkumulatorentechnik GmbH has once again confirmed and further strengthened its commitment to the city on the Rhine after more than 45 years.