On 27 April 1890, the voluntary fire brigade was founded in the then municipality of Nieukerk. Throughout two world wars, the fire brigade was not only a shelter, but also supported social life in the municipality. In 1949, the first motorised fire engine was put into service and the modernisation and mechanisation of the crew and equipment continued. In 1976, the company moved into the newly built fire station on Slousenweg. Here, too, space became scarce over the years, and so in 2014 the existing shed was refurbished, and an extension completed.
The extension of about 200 square meters offers space for two emergency vehicles and a separate changing room for 40 firefighters. The head of the Kerken fire brigade, Mr. Käfer, was impressed: “During one of our breathing protection exercises, the FiSCHER escape sign luminaires were able to convince with excellent visibility despite heavy smoke.” 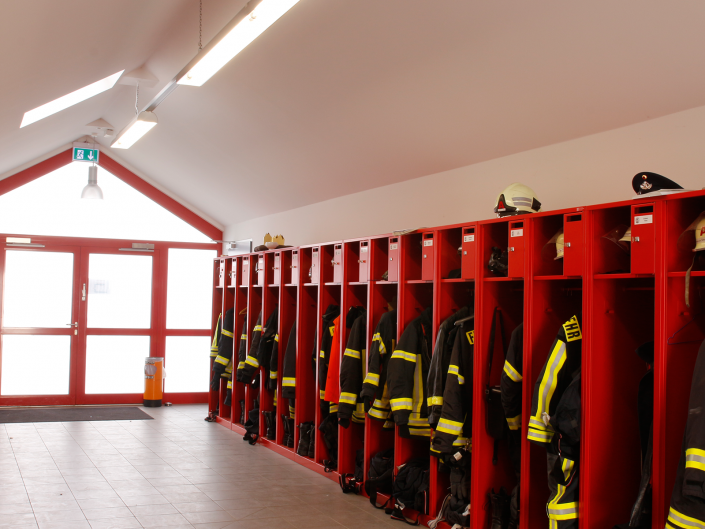 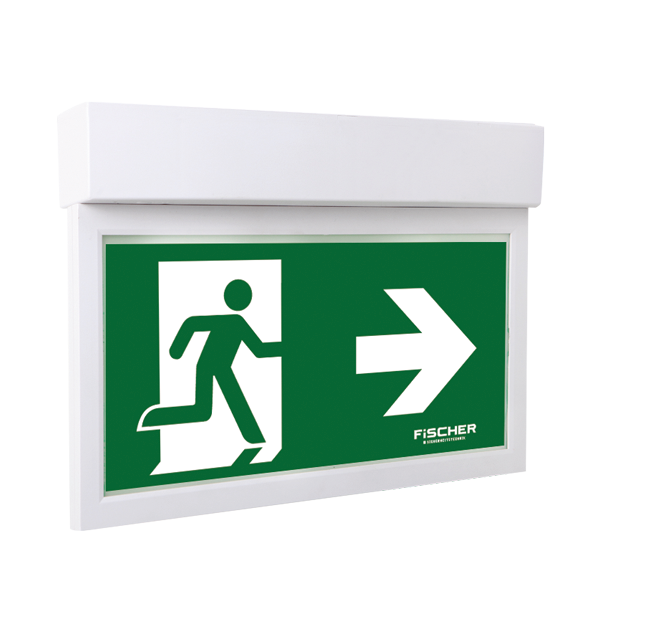